The answer to who suffers while going through a divorce? Everyone.

Men, women, children, young and old. In order to make a marriage work out, you have to take actions to please your partner and part of that is understanding how your significant other REALLY thinks. You have to learn to better understand the opposite sex. It’s extremely important to start taking action now, you don’t want to have to endure the turmoil of divorce.

For guys, they might think that “we need to talk”, means just that. However, talking doesn’t work,
even the most famous of pick up artists in the world, who use techniques
to get into dozens and dozens of relationships know this. Take Paul Janka, in the Attraction
Formula, he mentions that “girls rarely yield to verbal arguments”. Women don’t want apologizers. They
don’t want the understanding caring guy. At least not on a biological level. They want the man. They
want to be taken, and that’s how they are wired. This is just as true in marriage as it is in the dating
world. Evolutionary Psychology, the study of how are minds evolved over time, shows this to be true.

Think about it, the way we humans think is still largely based on a tribal type of culture. The
concepts of civilization, with the technology of fast food restaurants, cell phones and jets are
still fairly new , at least as far as the more primitive parts of our brain is concerned. A woman
wants a large muscular guy with a jerk personality, because he would be the guy who could get food
in a tribal culture. He would just beat everyone up and take their stuff. This is why when a guy
tries to be nice, he fails.

He fails because to the woman he is being weak, sure for us we would
love a nice girl, but to them its repulsive. Just picture a gorgeous super model…with a mustache,
yeah, that’s what it’s like. It’s like when a woman thinks a man will want her more because she belches
and plays Call of Duty…it just doesn’t work that way. As a man, you have to keep her interested,
and you have to keep her attracted. 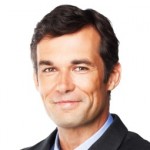